If you simply cannot wait ... for the audiobook! 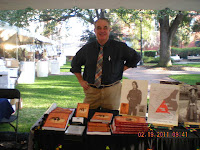 Dear readers, friends and family far and wide:  The book has been produced as an audiobook, narrated by yours truly, likely to be available for download sometime in January.   For those who cannot wait to listen to all 8.3 hours of prose, poetry and song from preface to final eulogy, kindly send check or money order to coordinates below, or call 706-782-9944 to give me your Visa or MasterCard numbers.  Cost:  $16, tax and shipping included.  It will be e-mailed to you as an (overnight ) download, or shipped on a disc (receipt in a few days), as you wish.  Both are in MP3 format.  Many thanks for your support.
Joseph Gatins
Remit check to:
The Glade Press
2489 Glade Road
Clayton, Georgia 30525
706-782-9944
joseph.gatins@gmail.com
Audiobook details:
We Were Dancing on a Volcano:
Bloodlines and Fault Lines of a Star-
Crossed Atlanta Family, 1849-1989
© 2010 Joseph F.M. Gatins
Narration:  Joseph Gatins
Length:  8.3 hours
Category:  Non-fiction Biography & Memoir
Provider:  The Glade Press
Recording: MP3 files courtesy of StarPony Productions
Digital Hard Disc Recording Studio & Production Company
Asheville, North Carolina
Cynthia L. Stacey & Charles E. Wilhide
www.starpony.com
Posted by Joseph Gatins ... at Tuesday, December 28, 2010 No comments:

The Glade Press today is pleased to announce that more than 1,000 copies of Joseph Gatins’ first book, We Were Dancing on a Volcano, have sold since its launch a year ago.


The intriguing family biography and non-fiction narrative, subtitled Bloodlines and Fault Lines of a Star-Crossed Atlanta Family, 1849-1989, has been well received in the book and reader community that arcs from Atlanta to Richmond, with important stops in Athens,  Asheville and Highlands, a press spokesman said.
Read more »
Posted by Joseph Gatins ... at Sunday, October 17, 2010 No comments:

Joseph Gatins is prepared to meet with book clubs and discussion groups to talk about his book, generally within a 125-mile radius of north Georgia.  Call 706-782-9944 or contact author at joseph.gatins@gmail.com for details.  We Were Dancing on a Volcano richly illuminates the moods and motivations and memoirs of more than five generations of a family line that dealt with social change, war and its aftermath -- from the Civil War to the Vietnam War.  In doing so, he paints an an unsentimental and unforgettable portrait of Atlanta and its people.
Posted by Joseph Gatins ... at Monday, September 13, 2010 No comments:

More Volcano on the radio

WVTF:  What got you started on this family history and how did you pull it together?

Gatins:  In 1983, when my dad died, we found an old photo that I’d never seen before of a one-armed gentleman holding a baby in the crook of his good arm.  And I said, “Who is this?”  And it turned out the baby was my father and the one-armed man my grandfather who no one in the family had ever really ever talked about.  So, I decided then, even before I retired, to look into the family history a little bit more.  I had the chance beginning in ’96 and spent an awful lot of time accumulating at old letters and convincing my brothers and sisters to provide what they had in their attics and old files.  And we accumulated a great treasure trove of material, multiple old photo albums and letters that were frankly priceless.   My dad was a prisoner of war during World War II and sent 26 postcards and letters to back to my mom before they were married, which she saved, which gave me a road map to where he’d been, which gave me a road map to what the Red Cross in Geneva was doing to inspect those camps – and I managed to get hold of those reports, as well as basically a lot of e-mails back and forth with brothers and sisters to recollect what did they remember about whom.   There were also a variety of standard sources: Microfilm files, computer files, old newspaper files, many of which are now on computer, and those proved useful as well. So, I started the project off as a project just for my family. I was going to write this up for the children, the grandchildren, the nieces and nephews. But as I got into it, there were enough adventures and misadventures that maybe the public might be interested.  And we’re now testing the waters to find out if the public will buy the book.
WVTF: Well, your timing is pretty darn good, I must say.  Tell me about your grandfather – why he was such an interesting character. 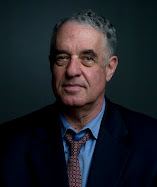